Paying tribute to Edmonds’ massive library of penned songs, Boyz II Men opened the show with a medley of “Water Runs Dry,” “I’ll Make Love to You” and “End of the Road,” before Mars presented the award to Edmonds, calling him his mentor and hero. He shared advice Edmonds had given him for any time he’s recording in the studio, to “make sure there’s love in it.” Keep Memory Alive Founder and Chairman Larry Ruvo thanked Edmonds for his dedicated support of Keep Memory Alive throughout the years.

Edmonds shared his personal tie to Keep Memory Alive, saying, “My mother was losing her memory in her last years and there’s nothing more painful than to watch someone you love not remember you.” He thanked Cleveland Clinic Lou Ruvo Center for Brain Health for the support and counsel and for “not just working to keep her memory alive, but to keep all of our memories alive.” Boyz II Men returned to the stage with Lovato and McLean to perform a spectacular rendition of “Change the World.”

After the lively performances, Anderson took the stage to present Robinson with his award. Dressed in a maroon floral print suit jacket, Robinson thanked guests and the performers, saying, “It’s an incredible feeling to be up here tonight with my really good friends, most of whom I haven’t seen in a long time.” He shared his personal experience of dementia, remembering Bobby Rogers of The Miracles, “We were born on the same day in the same hospital and sang together for 12 years. Every year on our birthday, we would call each other. He passed away several years ago, and I called him the year he passed, and he had no idea who I was. It’s a horrible disease.” He expressed his appreciation for Keep Memory Alive, ending with a shout-out to Babyface, saying “I am flattered and honored you are my brother.”

His tribute included performances of his many hits including “Who’s Loving You” by Kelly, “Shop Around” by Loggins, “My Guy” by Sparks and “Cruisin’” by McCoo & Davis, Jr. to the delight of the audience. Wilson and Robinson duetted “All My Love,” while fans cheered “Uncle Charlie.” Robinson continued solo with “You” and “Track of My Tears” before the entire cast rejoined him for “Get Ready” to close out the show.

Earlier in the evening, CEO & Chairman of Genting Berhad and developer of Resorts World K.T. Lim received a standing ovation when receiving the Keep Memory Alive Community Leadership award from Ruvo and Keep Memory Alive Vice Chairwoman and Co-Founder Camille Ruvo, who said, “Your avalanche of support from the beginning is because of the care you have given to us, and has allowed us to provide much-needed resources for the caregivers who take care of the patients 24/7.”

Chefs Wolfgang Puck and Bobby Flay prepared exquisite cuisine paired with wines from Southern Glazer’s Wine and Spirits, followed by a showstopping dessert display from the Resorts World Las Vegas pastry team that featured a pineapple lychee bonbon, ube waffle basket, and more. Flay posted to his Instagram that he was honored to be a part of the event and cook alongside his culinary idol, Puck.

Guests bid on exceptional experiences and items during the silent and live auctions including a private dinner with Jon Bon Jovi in East Hampton, an opportunity to announce the Las Vegas Raiders live draft pick alongside Mark Davis at the 2022 NFL Draft and a day of playing chess with Andrea Bocelli followed by attending one of his concerts.

The evening generated the majority of annual revenue for Cleveland Clinic Lou Ruvo Center for Brain Health to provide service, care, and resources for patients and their caregivers in the fight against neurodegenerative disorders including Parkinson’s, Alzheimer’s, and Huntington’s diseases; multiple system atrophy; frontotemporal dementia and related disorders; multiple sclerosis and more.

What is the Power of Love® gala?

The gala is much more than a party. It’s an annual celebration of life that was created to raise money for Cleveland Clinic Lou Ruvo Center for Brain Health’s programs and services. And it’s an evening you will want to remember as you Keep Memory Alive. Imagine the finest evening of first-rate headliner entertainment, food prepared by celebrity chefs and wine chosen by master sommeliers. Now imagine that same evening in the entertainment capital of the world. Keep Memory Alive’s Power of Love® gala became an annual tradition as one of Las Vegas’ signature celebrity events and now attracts a national audience.

Thank You to Our 2020 Power of Love® Sponsors 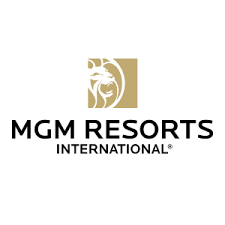