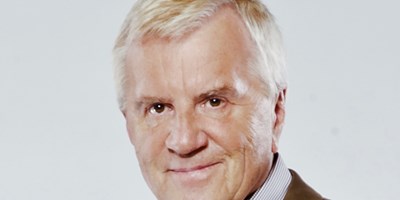 The Honorable Sigmund “Sig” Rogich is President of The Rogich Communications Group and a lifelong Nevadan. He is a former United States Ambassador to Iceland and was a Senior Assistant to former President George H. W. Bush during his administration. Mr. Rogich also served as a Director of the Tuesday Team, the entity responsible for President Ronald Reagan’s re-election in 1984. Prior to that, Mr. Rogich founded R&R Advertising in 1973 and has been integrally involved in the reinvention of Las Vegas’ image for more than twenty-five years.

In addition to working in a senior capacity on many national campaigns including the Presidential campaigns of President Ronald Reagan, President George H.W. Bush and U.S. Senator John McCain, Mr. Rogich has served on numerous boards and committees, and has been actively involved with several charitable organizations. He is Chairman of the Board of the US-China Transpacific Foundation, a U.S. State Department approved organization that encourages bi-lateral business relations with China, A 25-year Founding Member and Chairman Emeritus of the Public Education Foundation; an advisory Board member of the Reynolds School of Journalism at the University of Nevada Reno and the Las Vegas Valley Water District, and a member of the Board of Directors for Opportunity Village and Spring Valley Hospital and founding member of The Smith Center for the Performing Arts in Las Vegas. Mr. Rogich is a former member of both the Board of Governors for the United Service Organization (USO) and Board of Directors of the Rock and Roll Hall of Fame in Cleveland.

In recognition of his service to Nevada, Mr. Rogich has received numerous awards and honors including being named Distinguished Nevadan. Additionally, Mr. Rogich served 12 years as a member and Chairman of the Nevada State Athletic Commission and was inducted into the Nevada Boxing Hall of Fame and the Nevada Sports Hall of Fame. In 2000, the Clark County School District honored his dedication to public education by naming Sig Rogich Middle School after him The school is a significant point of pride for Mr. Rogich, given that in 2015, the school was named a “National Blue Ribbon School” an honor bestowed by the Department of Education on schools that maintain academic excellence and close the achievement gap among students.