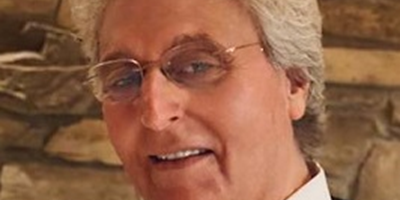 Over the last 40 years, Richard Sturm has played a lead role in establishing Las Vegas as the world’s premier entertainment destination.

As president and chief operating officer of MGM Resorts Entertainment & Sports, Richard brought many of the most popular names in the music industry to Las Vegas. To name a few: Lady Gaga, Bruno Mars, The Rolling Stones, Justin Timberlake, Beyoncé, Paul McCartney, The Eagles, and Barbra Streisand (who Richard famously enticed back to the stage – for her first ticketed concerts in 20 years – to open MGM Grand).

Early on, Richard recognized television’s power to bolster a city’s brand; and he lobbied to relocate some of the industry’s biggest broadcasts to Las Vegas, including the Latin GRAMMY Awards, iHeartRadio Music Festival, Academy of Country Music Awards, American Idol, VH1 Divas and the Billboard Music Awards.

Richard also played a role in presenting many of the era’s blockbuster boxing events, negotiating deals that featured names like Tyson, De La Hoya, and Holyfield. The 2015 Mayweather/Pacquiao fight became the highest-grossing arena event in history. From the beginning, he recognized the popularity of Ultimate Fighting Championship and helped to make MGM Resorts the organization’s Las Vegas home.

Raised in East Meadow, New York, Richard studied at the New York Institute of Technology before moving to Nevada, where he and his wife, JoAnn, have supported several local charities including Opportunity Village, Nathan Adelson Hospice and Keep Memory Alive. In fact, they have helped Larry and Camille secure entertainment for fundraising events at KMA since its inception.

The recipient of the inaugural Entertainment Legend Award from Global Gaming Expo in 2014, Richard is currently president and CEO of Las Vegas Live Entertainment & Sports. Today, he advises a new generation of executives – many of whom he mentored along the way – as they continue his tradition of bringing ground-breaking, wide-ranging events to a city known as the world’s entertainment epicenter.