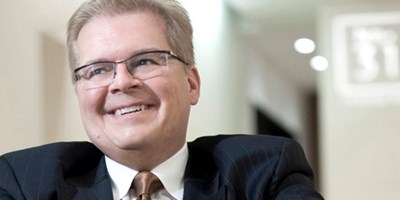 Paul Steelman, a native of Atlantic City, NJ, is widely recognized as a visionary designer of entertainment, hospitality and gaming architecture worldwide. Mr. Steelman was honored as the 2010 SARNO Lifetime Achievement Award recipient and received the 2006 HOSPY Lifetime Achievement Award. He has been featured in many publications and visual media, including Forbes Magazine “Designing for Dough” and the Oceans 13 DVD (The Opulent illusion).

Based in Las Vegas, NV, Steelman Partners is an international architectural firm specializing in the multi-disciplinary facets of entertainment architecture, interior design, graphic design and lighting. The company has offices in Macau and Zhuhai, China; Ho Chi Minh City, Vietnam; Manila, Philippines and a new location in Amsterdam, Holland.

Mr. Steelman serves on the board of directors for The Federal Law Enforcement Foundation in New York and The Clemson School of Architecture at Clemson University in South Carolina.